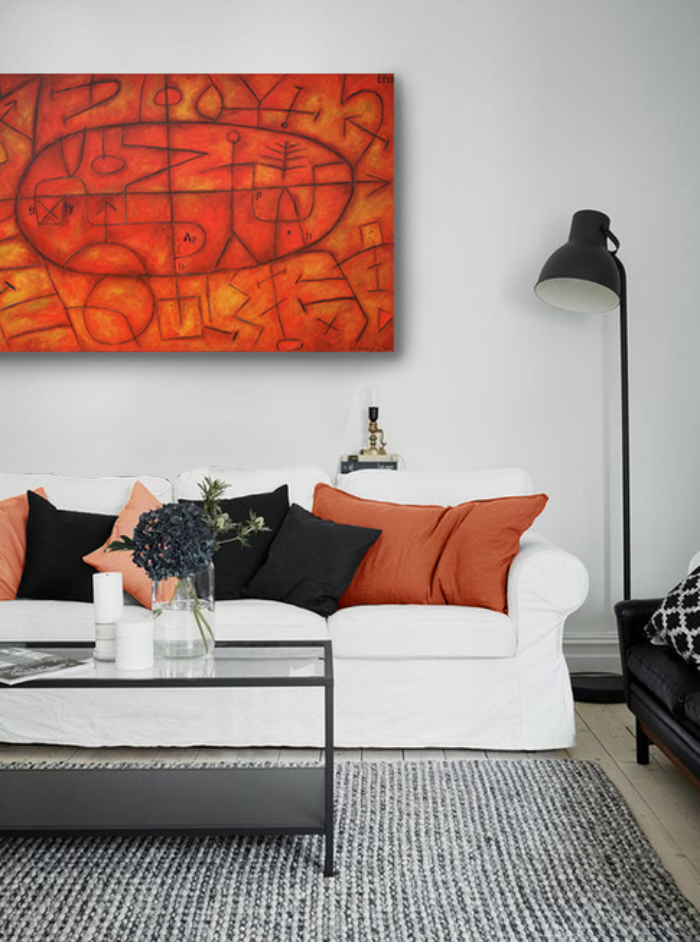 Phillip worked as a Graphic Designer mostly in TV for 35 years, but has always produced Fine Art pieces. Between 1969 and 1985 Philip mainly exhibited photographic works at various Melbourne Galleries, but since 2003 he has transitioned into painting, with works themed around our sense of place and self.

He is also inspired by the idea of exploration, both physically and spiritually, and the consequences of ageing, isolation and change. Philip's work makes reference to the ambiguity of language and social history and more specifically, the graphic nature of symbolism and the making of marks. As a consequence, he often incorporates typographic (and cartographic) elements of the literary text from which he has drawn his inspiration.