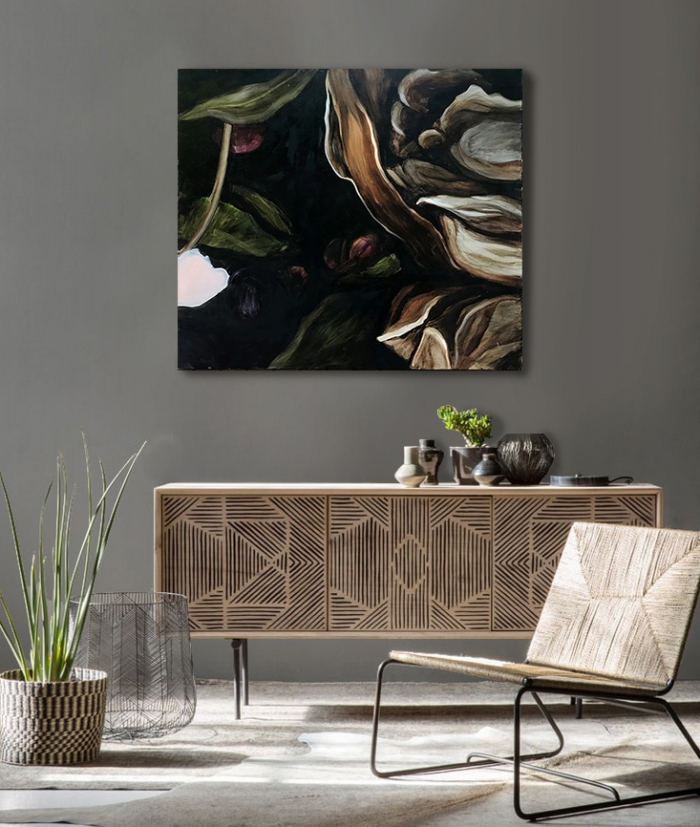 Josh Fartch is a painter who also exhibits drawing and photography.

Josh grew up in Mount Gambier, South Australia and has a Bachelor in Fine Art with Deakin University (1996) and a Masters
in Fine Art (by research 2014) with Monash University.

‘I love the approach of Hockney to technology, while recent influences include Constable and Richter. I often draw inspiration from my travels and life in the northern suburbs of Melbourne, including living in South West Victoria and growing up in regional South Australia.’

He draws inspiration from the contrast between these two worlds and has an interest in both modern and contemporary painters tackling traditional subjects where clouds and mountains are common motifs. Here, the intersection of technology and art influences his technique.