The Modern Art Movements You Need to Know | Art To Art

The Modern Art Movements You Need to Know 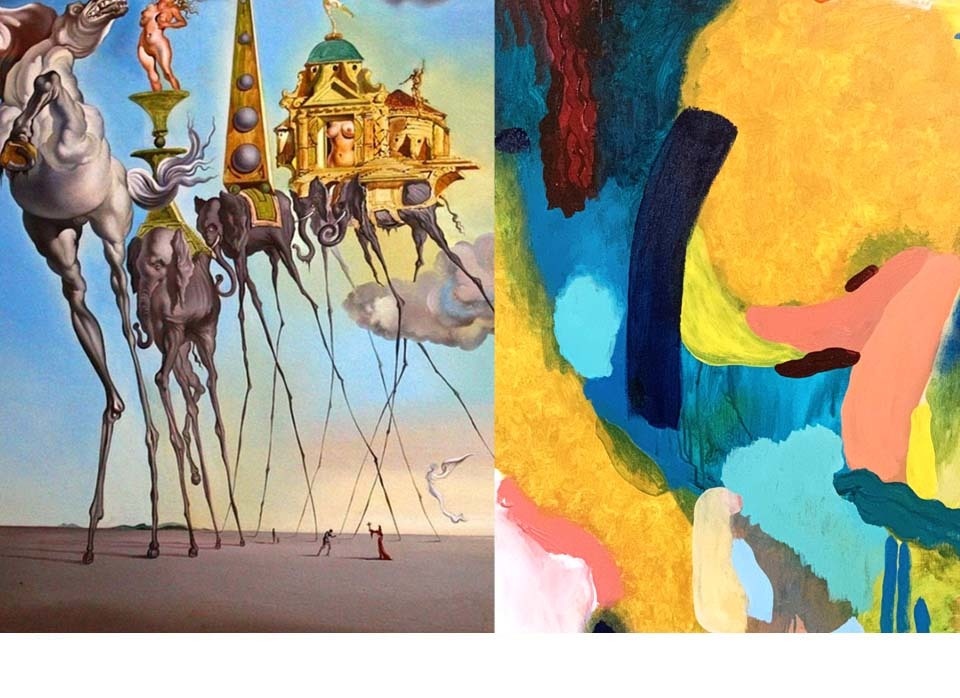 Although the timelines differ slightly depending on who you ask, the modern art movement dates back to around the Industrial Revolution in the mid-19th century. As society underwent untold technological changes, people could now travel easily and expand their worldview.

At the same time, the likes of photography and filmmaking were becoming increasingly accessible. Alongside devastating global events like World War One, the shifting nature of our societies gave artists more tools to explore their creativity than ever before.

As the definitions of art evolved and experimentation was embraced, the rise of various modernist art movements helped illustrate this new way of seeing the world. Here are some of the most fascinating art movements you need to know about.

Following WWI, the Surrealism art movement saw artists reject ideas of rationality and order within their work. Instead, there was a major shift towards the depiction of psychological concepts, as explored at the time by neurologists like Sigmund Freud. Ranging from dreams and hallucinations to creation via the unconscious mind, Surrealist artists attempted to ignore traditional art-making techniques and work with untamed creativity. Where artists before the 19th-century were most often commissioned to produce art, personal experiences became the main focus.

Cubism is often the modern art movement that comes to mind when thinking of this era. Led by celebrated artists such as Pablo Picasso and Georges Braque, this style came about as a direct rebellion against the linear and curved shapes found throughout Renaissance art. While the height of Cubism only lasted about six years, it helped artists and architects reimagine the idea of perspective which remained highly influential. Alongside rudimentary shapes and vibrant colours, the fragmented and obscure nature of Cubism still captivates audiences today.

With many modern art movements described as ‘anti-art’ for their disdain for the traditions that came before, Dadaism was the first of its kind to appear following WWI. As the devastation of the war was still very much being reconciled with, Dadaist artists blamed much of the destruction on bourgeois society. With the art created throughout this era advocating for the removal of the commercial art industry, the movement’s influence helped radically develop the idea of critique and creative disruption.

Although many modern art movements emerged from continental Europe, Abstract Expressionism was developed in New York City after the end of WWII. As this style quickly rose to prominence and helped put North America on the art world map, the artists used spontaneous and subconscious creation techniques to produce emotional works. Led by artists such as Jackson Pollock and Mark Rothko, these paintings often use sweeping gestural marks that showcase the artist’s internal impulses. In addition, the style of Color Field Painting – where artists create works of singular colours – also emerged from the Abstract Expressionism movement.

Widely considered the last modern art movement, Pop Art was another way for creatives to reject the ideas that came before. While movements like Abstract Expressionism undoubtedly had a lofty opinion of what could be considered ‘good art’, the Pop Art era embraced commercialism, advertising and mass production. As leaders of the style like Andy Warhol popularised branded symbols and celebrities in their work, others like Roy Lichtenstein used parody to produce his comic book-inspired projects.

Ready to add some beautiful artwork to your home? Art to Art has a fascinating connection of paintings, prints and photography from some of Australia’s leading established and emerging artists. Browse online or visit our Melbourne-based gallery at 130 Bulleen Road, Balwyn North. Get in touch to learn more.