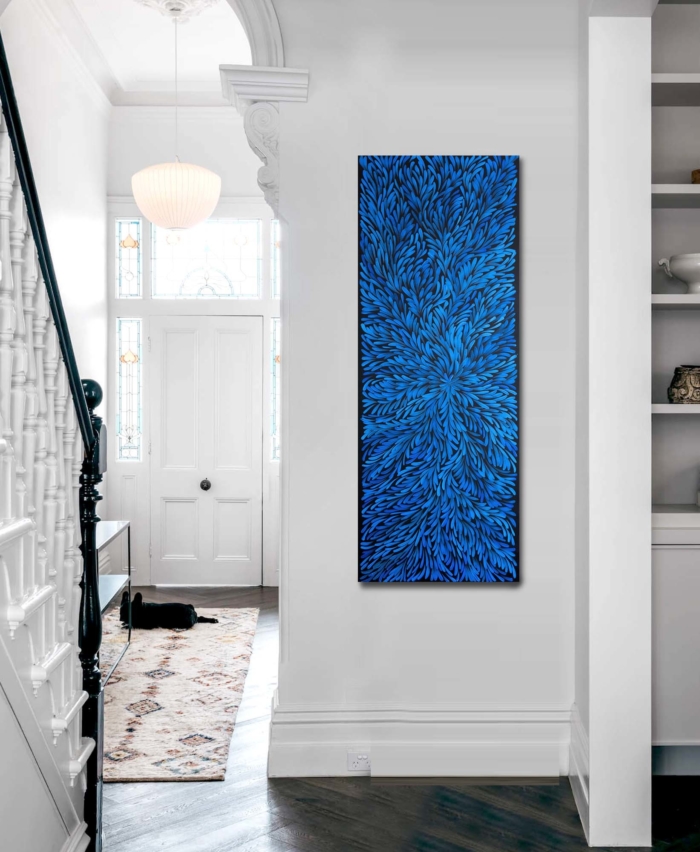 Louise Numina is one of six sisters and three brothers. She went to primary school at Stirling Station, a cattle station near Tennant Creek and later attended Yirara College in Alice Springs. When Louise returned to Stirling Station, she worked with the Community Development Program, and started painting in 1981 after being taught by her Aunties Gloria Petyerre and Kathleen Petyerre, now well known Aboriginal artists.

Louise moved to Darwin in 1995 where she studied at Nungalinya College and has a Diploma of Fine Arts from the Northern Territory University (now CDU). Louise's artwork is sold and collected Worldwide and her exhibitions have been held in Darwin and Sydney.