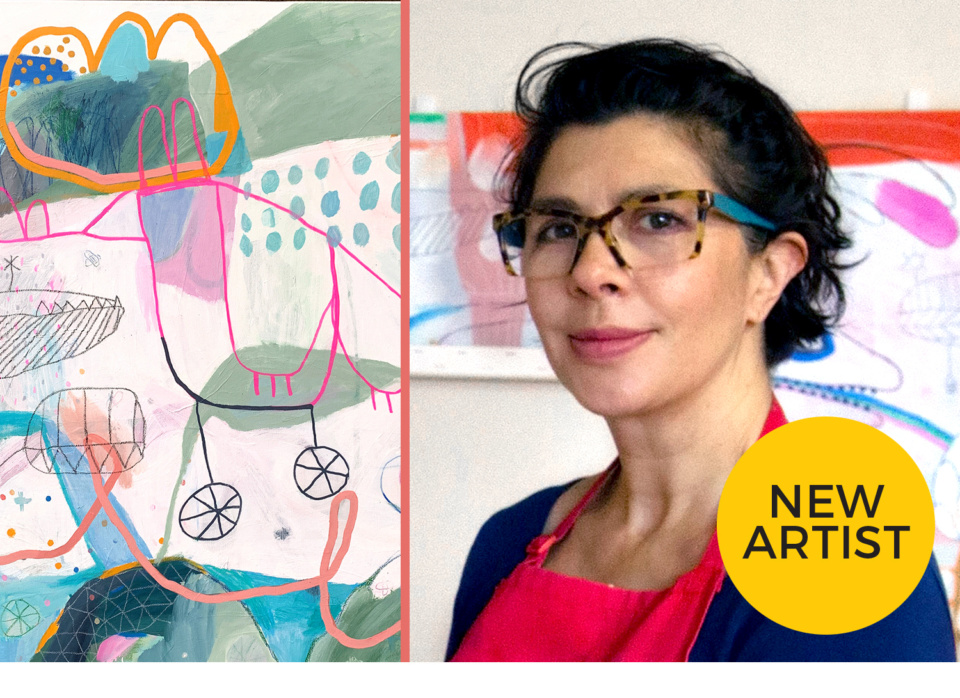 Donina is a Melbourne-based visual artist with a minor obsession with the interaction of shapes and lines.

The drive to create has always been with her, and in some ways was inherited from her grandfather who was a still-life and landscape artist. She follows in his footsteps using his easel (that he handmade in the 1960s) and many of his old paintbrushes.

Donina has honed her eye working in large-format film and digital photography, life drawing, print-making, and painting in gouache and acrylic. Her works reflect life’s interactions – other people’s lives that bump into and overlap with our own. These interactions can be messy, and while meetings might appear on the surface to be well managed and orchestrated, they belie the wobbly, wonky, imperfection of their effects on our life that takes place under it all.

As an avid reader, I’ve been interested in story telling for many years. Often, cultural story telling outlines beliefs relating to creation – both of country and landscapes, and of the people that live within it.

Donina's current body of work “Brouhaha”, uses visual storytelling to communicate tales of creation and occupation of a imagined land by its occupants. Both land and occupants bear aspects and features that are both familiar and unfamiliar to us. Using these unfamiliar aspects and depicting scenes in which it is not entirely clear what is going on, the viewer is compelled to use their own imagination to complete the storytelling. 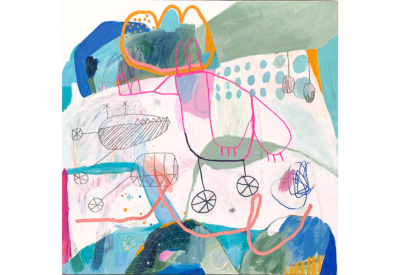 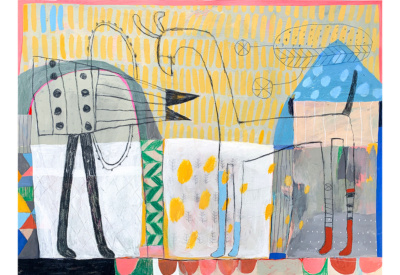 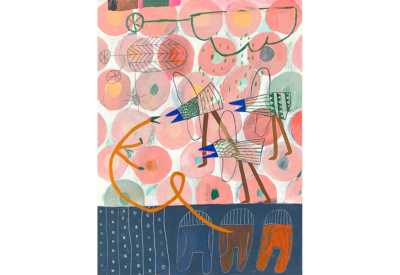 Check out Donina Asera's currently available works by clicking the button below.